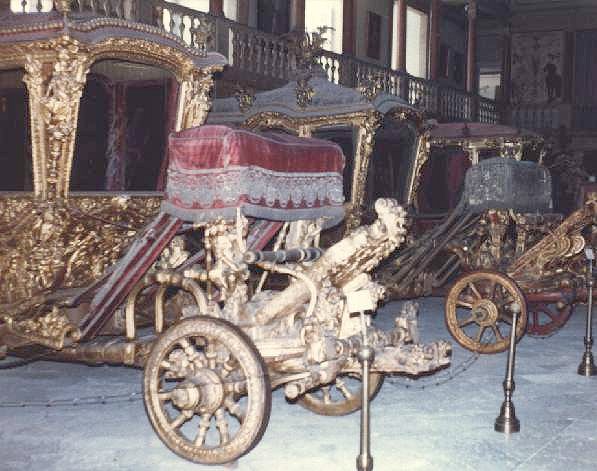 Lisbon's most-visited museum is its Museu dos Coches, which houses the best collection in the world of historic royal and other horse-drawn vehicles. The museum was the creation of Queen Amélia and opened in 1905 as the Museu dos Coches Reais (Museum of Royal Coaches), acquiring its new name after the 1910 Revolution had overthrown the monarchy. The heart of its collection comprises vehicles from the royal household and from the collection of the Patriarch of Lisbon.

Historically the collection has been (and partly remains) housed in the former riding school of Belém Palace, built in 1726 by the Italian architect, Azzolini. It has a 1944 extension was by the celebrated architect, Raul Lino. The museum had a brief period at the Parque das Nações, the former Expo-98 site, near Oriente station, to allow roof repairs to be completed.

However, in 2015, much larger new purpose-built premises for the Museu dos Coches were opened more or less opposite the historic building but whose entrance and signage is not immediately visible from it. At the time of writing (2016) there is no physical link between the historic and the new building, although one is being built. In the meantime, it is far from obvious how to get from one to the other and neither of the premises makes particularly clear where the other building is or what each contains.

Left: An exhibit in the Museu dos Coches.

The new premises are now effectively the main building of the Museum and house the majority of the collection of historic carriages. The main entrance to the new main building is opposite Belem railway station which lies on the Cascais line. NB Not all trains from Lisbon stop at Belem; only those trains from Cais do Sodré which bear the destinations "Cascais TODAS" or "Oeiras TODAS" do so. Many trains which go to Cascais do NOT stop at Belem so the word TODAS is vital (TODAS means the train stops at ALL STATIONS).

The historic Coach Museum site is situated at the back of the park in the Praça Afonso de Albuquerque and is most easily reached by alighting at the Belém stop of the number 15 tram route from central Lisbon, or Algés. Buses serving the Belém site of the museum include Carris services 714, 727, 729, 751.

Getting between the two sites of the Museum is easy - once you know where you are going. To get from the new main building to the historic building, leave by the main exit (facing Belém station), turn right and then right again across the front of the museum cafe/restaurant called the Cavalo Lusitano. Walk to the next junction and the historic building is facing you, slightly to the left.

Both the hostoric and the main premises are well worth visiting though you can buy a ticket to either building or a combined ticket for both buildings (currently eight euros in 2016).

In the historic premises, the main display area is the architecturally atractive Salão Nobre (Noble Salon), an impressive room. The historic museum houses a much smaller number of coaches than the main building but it also has a second room which (2016) has an interesting collection of fire fighting carriages and equipment as well as items such as sedan chairs and smaller horse-drawn coaches.

The main building, a less attractive but spacious, hanagar-like room, has carriages dating back to Philip II's seventeenth century carriage. 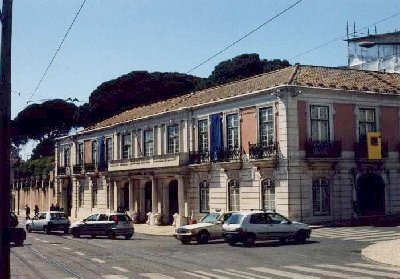 The major exhibits in the Museu dos Coches include: