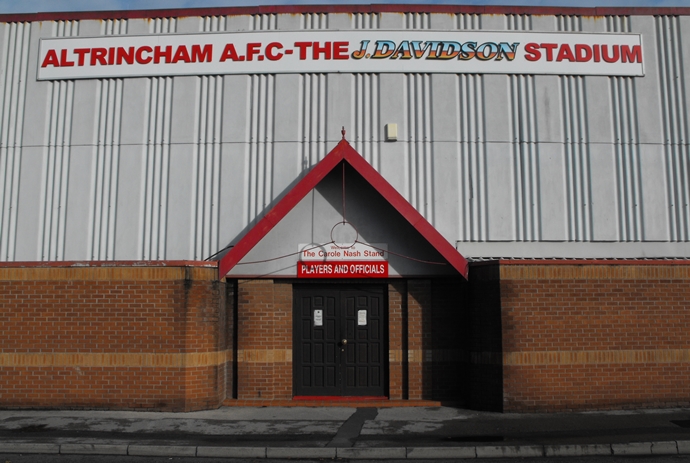 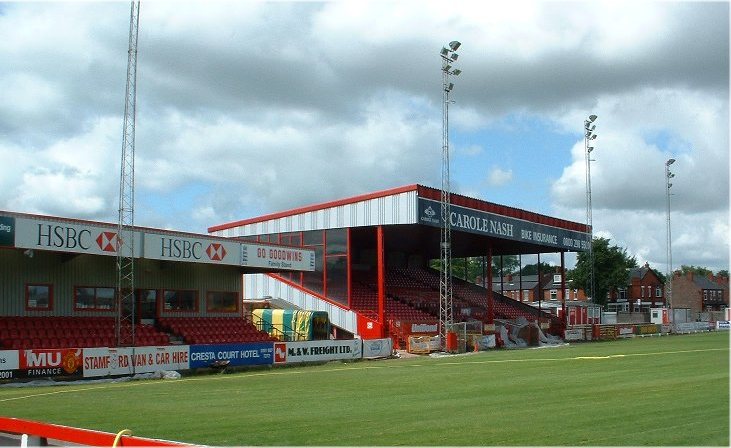 Altrincham FC's home since 1910 has been at Moss Lane, Altrincham WA15 8AP. On 10 July 2013, it was announced that the stadium would be known as the J. Davidson Stadium, following a sponsorship agreement with the Club's main sponsors, J. Davidson, scrap metal processors, of Altrincham.

Right: The Main Stand at Moss Lane viewed from the Hale end, with the smaller Dunne & Gray Family Stand to its left.


Getting to Moss Lane by Road, Public Transport or on Foot

The concessionary ages are currently, for females 60 and over, for males 65 and over.

The excellent match-day programme is The Robins' Review, edited by Grahame and Terry Rowley. It is a colour publication, packed with news, statistics and photographs. It sells (2014/15) for £2.50.