Over the past nine days this website, like many others which use McAfee anti-virus security, (which comes by default, whether you like it or not, with Dell PCs), has been affected by McAfee's recent botched automatic update. This meant that no connections could be made to the internet, a failing which McAfee only admitted on Thursday when they issued some imperfect instructions on how to remedy their defective update. In the meantime I and others had wasted hours of their own and their internet service providers' time looking for the cause of the problem. Thankfully, I was able to keep this website updated, with great inconvenience, via an alternative machine which uses another brand of more efficient anti-virus software.

I am extremely grateful to Altrincham supporter Dan Jones for his expertise in getting my PC linking to the internet once again and would thoroughly recommend his services should you have a similar problem or, indeed, any need for technical assistance with your computing. After a number of years working for an IT company, Dan has recently set up on his own as Techknowledgey Ltd and can be e-mailed should you need any assistance in computer-related matters of any kind.

Altrincham FC's youth team NWYA Premier League match at Morecambe on Thursday night was postponed because of a waterlogged pitch. The lads' next match is at home to Hyde at Hale Country Club, Clay Lane, Timperley this Sunday, k.o. 2.30pm. Following their 8-0 defeat at home to Warrington Town on Thursday, Hyde FC announce that "Our recently-formed youth team are looking for defenders to strengthen our squad. Players should have had experience with Football League clubs or played representative football, and must be confident of being up to the challenge of playing in the very competitive North West Youth Alliance Football League". 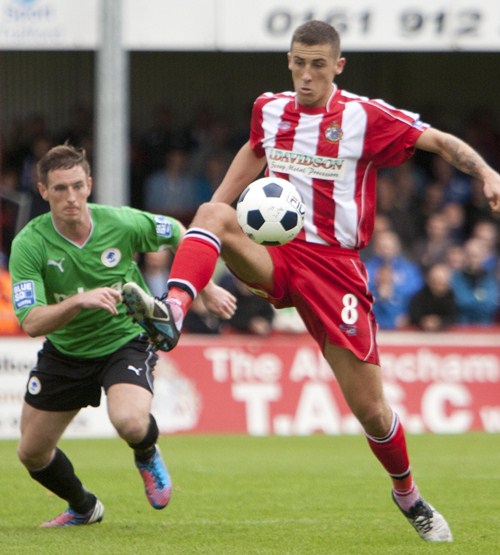 Travel times and fares for the TASC supporters' transport to the next two matches are now on the Away Travel page.